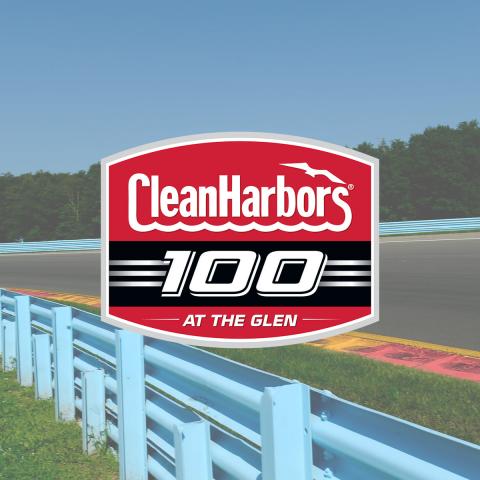 The 41-lap, 100-mile event will air on FS1 at 6 p.m. ET. It will be the first of four races over three days leading into the NASCAR Cup Series race weekend at Watkins Glen International in upstate New York.

Clean Harbors has been North America’s leading COVID-19 decontamination company, with nearly 18,000 responses since 2020. Last May, Clean Harbors helped NASCAR become the first major U.S. sport to return to competition, and its decontamination work allowed NASCAR to safely bring back fans. Crews at each track have been deep cleaning each facility for all races since.

“Clean Harbors has played a pivotal role in NASCAR’s return to racing as well as its ability to host fans safely at its tracks,” said WGI President Michael Printup. “We are not only excited to partner with them on the upcoming ARCA Menards Series race, we are proud to have them as a partner. They help us provide the safest possible environment for our guests, and for that we are grateful.”

“We appreciate that sports are a fundamental part of our country’s culture. We look back with pride at all we accomplished last year to help bring racing back to fans – on TV and in person,” said Clean Harbors Chief Operating Officer Eric Gerstenberg. “NASCAR and ARCA have been a great partner for so long. We are excited to have our name associated with this race in August, especially considering it’s at the historic track in beautiful Watkins Glen.”

Through its subsidiary Safety-Kleen, Clean Harbors has been a decades-long partner of NASCAR. As the official environmental services supplier of NASCAR, Safety-Kleen collects all used oil, lubricants and liquid waste at the tracks, and then recycles, responsibly disposes of or re-refines those fluids. For more than 40 years, Clean Harbors has provided hazardous waste management, emergency spill response, industrial cleaning and maintenance, and recycling services to customers across North America.

Having carried the banner of the company since the start of his racing career, Thad Moffitt, grandson of the legendary Richard Petty, will be driving for No. 46 Clean Harbors Ford at the race.

While ARCA drivers are set to compete for the Clean Harbors 100 at The Glen checkered flag, Clean Harbors is always looking for professional drivers of its own across the United States and Canada, along with anyone who wants to make a difference in helping to clean up and protect the environment: https://careers.cleanharbors.com/.

About Clean Harbors
Clean Harbors is North America’s leading provider of environmental and industrial services. The Company serves a diverse customer base, including a majority of Fortune 500 companies. Its customer base spans a number of industries, including chemical, energy and manufacturing, as well as numerous government agencies. These customers rely on Clean Harbors to deliver a broad range of services such as end-to-end hazardous waste management, emergency spill response, industrial cleaning and maintenance, and recycling services. Through its Safety-Kleen subsidiary, Clean Harbors also is North America’s largest re-refiner and recycler of used oil and a leading provider of parts washers and environmental services to commercial, industrial and automotive customers. Founded in 1980 and based in Massachusetts, Clean Harbors operates in the United States, Canada, Mexico, Puerto Rico and India.