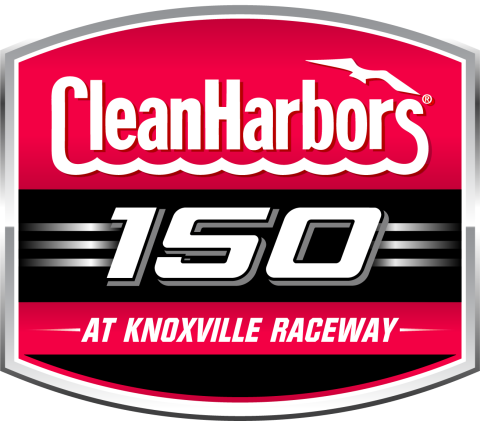 The NASCAR Camping World Truck Series will be back in Knoxville, Iowa, for the second straight season but the famed half-mile dirt track will seem much cleaner this year with Clean Harbors as the race sponsor.

The Clean Harbors 150 will be run on June 18 as NASCAR and Knoxville Raceway continue to showcase the legendary history of dirt racing across America.

“Given this legendary dirt track, this is shaping up to be one of the most exciting truck races on the schedule,” said Clean Harbors Chief Operating Officer Eric Gerstenberg. “We are dedicating this race to the thousands of Clean Harbors truck drivers out on the road every day in the United States and Canada helping to keep the environment clean and make the world a better place. We simply couldn’t do it without them.”

Driver Thad Moffitt, the grandson of “The King” Richard Petty who has represented Clean Harbors and its subsidiaries since the beginning of his career in 2017, will once again carry the Clean Harbors brand on the hood of his truck for the race. He’ll be making his debut for the Young’s Motorsports team in the No. 20 Chevrolet Silverado. Young’s has been a Clean Harbors customer, through its Safety-Kleen business, since 2009.

Founded in 1980 with hundreds of service locations across the country, Clean Harbors is North America’s leader in environmental and industrial services. As the largest COVID-19 decontaminator in the county, Clean Harbors helped NASCAR return to racing early in the pandemic and subsequently deep cleaned all tracks. Along with decontamination efforts around Ground Zero following 9/11, the company is noted for aiding in the Deepwater Horizon and other major oil spills.
Through its subsidiary Safety-Kleen, Clean Harbors has been a decades-long partner of NASCAR. As the official environmental services supplier and green partner of NASCAR, Safety-Kleen collects all used oil, lubricants and liquid waste at the tracks, and then recycles, responsibly disposes of or re-refines those fluids. As the largest oil recycler in North America, the company is also the official environmental company of all the tracks where the NASCAR Cup Series competes.

“Across the country, Safety-Kleen has been keeping NASCAR tracks clean and maximizing recycling of waste oil and other fluids for decades. We’re the sustainability solution for more than 300,000 customers with NASCAR among our most visible. By sponsoring this race, we intend to bring sustainability to the forefront even more,” said Gerstenberg.

NASCAR announced in October the Camping World Truck Series would return to the “Sprint Car Capital of the World” for a second year as the American motorsports icon harkens back to its formidable years of racing on dirt ovals across America.
Winston, Ga.’s Austin Hill won the inaugural event, which was extended by 29 extra laps from its originally scheduled 150-lap distance, to complete a green-white-checkered flag finish, giving the Knoxville faithful both a spectacular and historic conclusion.
The event will be promoted in cooperation with North Carolina-based Spire Holdings.

“Clean Harbors is a great partner to the most prestigious dirt track in the world,” said Spire Holdings VP of Strategic Initiatives Joey Dennewitz. “Knoxville Raceway and the entire town of Knoxville are thrilled to host Clean Harbors and their truck drivers for the excitement and fun the NASCAR Camping World Truck Series is best known for.”

Tickets are now available to purchase online or by calling the ticket office at 641-842-5431. Practice Night information will be released at a later date. Camping and parking information can be found via the track’s website, Facebook, Twitter and Instagram platforms as it becomes available. To receive up-to-date information about the NASCAR Camping World Truck Series race at Knoxville Raceway, visit our website.

The Clean Harbors 150 from Knoxville Raceway will be televised live on FS1 Saturday, June 18 beginning at 9 p.m. EDT. The race will also be broadcast live on the Motor Racing Network and SiriusXM NASCAR Radio Channel 90.